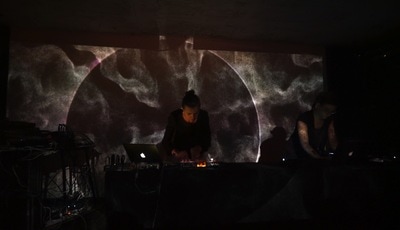 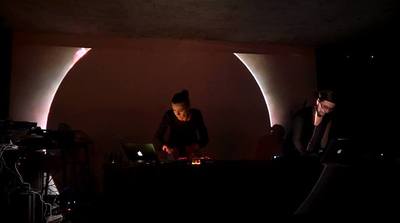 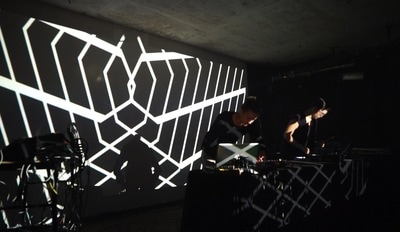 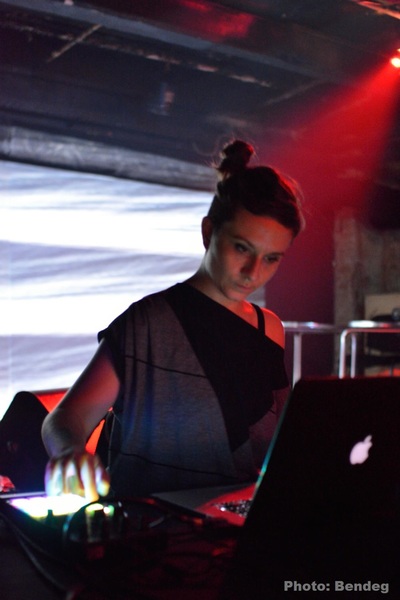 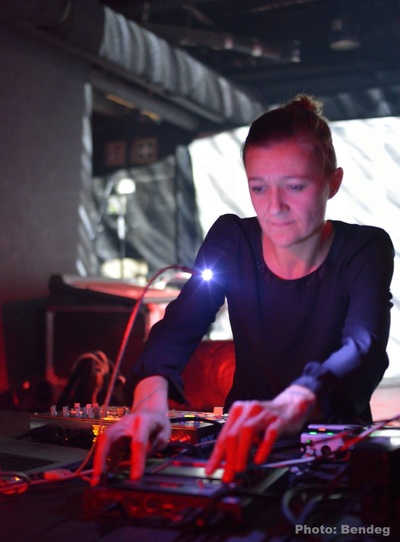 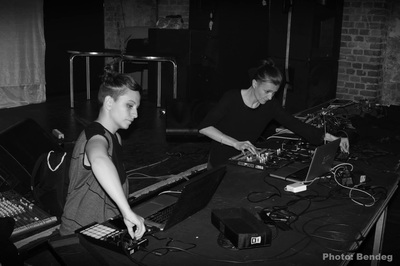 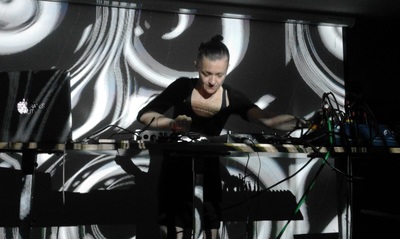 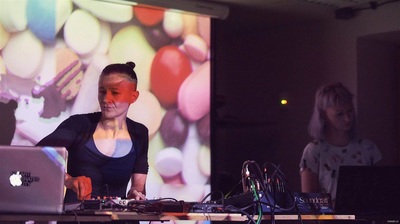 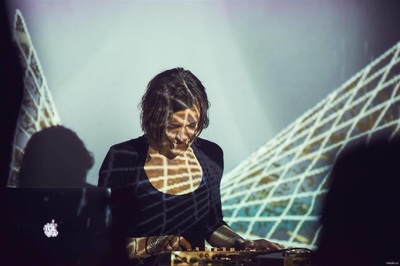 Live audiovisual performance explores possibilities of manipulation of space time continuum in relation to energy exchange. In abstract techno synthesis we search for emotional interpretation of mathematical equations by setting a model situations in tangible physical reality. Music as mathematics is a language in itself, extending beyond ordinary, and we are exploring how new concepts and intuitions grow out of this system. The symbolic structure is prior to its meaning and to understand this extended linguistic is crucial the way of empirical participation. 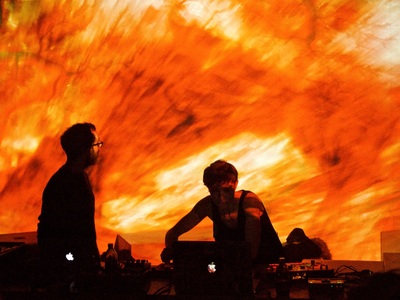 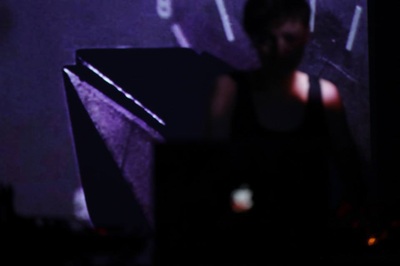 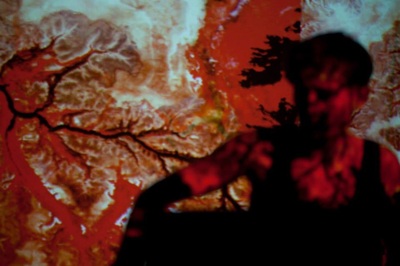 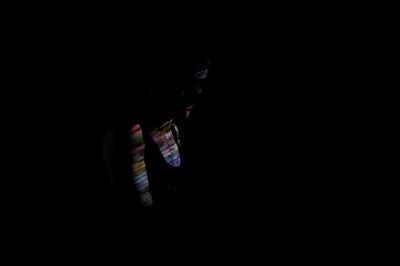 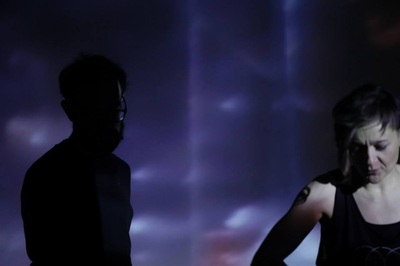 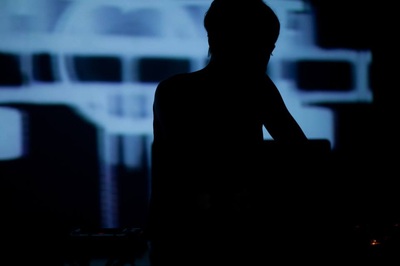 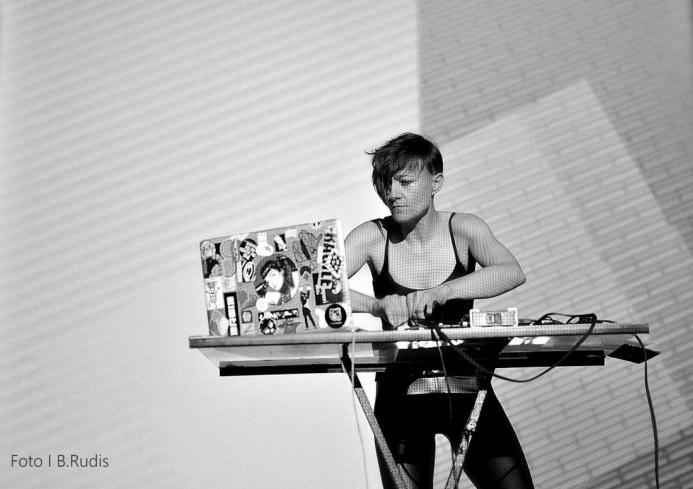 
A long anticipated project, based on research of particle physics and astrophysics in relation to psychology of human behavior. Main theory and concept were based on final writing of my PhD thesis about audio visual performance. There I was researching patterns of trinities, in all different fields of experiences; in personal life, in arts, in social environment, in science, in fiction, in spiritual world, in mental sickness….

Thinking and preparing strategies of new sounds creation lead to the idea of hieros gamos - sacred marriage, a hermetic symbol of sexual connection of male and female element, described in mythology, alchemy, as well in Jungian psychology. This moment came to me as revelation of relationship of my inner characters, which I discovered in previous years. The two sides of existence, matter and antimatter, run by the principle of energy exchange. In my case inner anima/akkamiu and animus/kolon which are supported by their master and leader spirit antipode, who is the archetype of power and will. There is also E, my ego and our whole family (not to forget my shadows represented by my cats) creates the complex self, which is endlessly over and over transformed and mutated…….

Manipulating the idea of hiero...to the point of coincidence - favorite method of creation... I came across the medical text about otoacoustic emissions, which I implement into my music. And there I saw in a sentence:  "hitherto unexpected", which reminded me contextually extended and enriched hiero. Hitherto - standing for the meaning  "up till now, up to this time, to this place or point".

For a reason of representing sound I chose hiT͟Hərˈto͞o written in a form, which suggest the correct pronunciation.I feel my roots in natural inclination to exploration, so I continue to produce experimental music, but my new direction is finally leading me to TECHNO realm, which has big impact on me since 1992….but back to present. 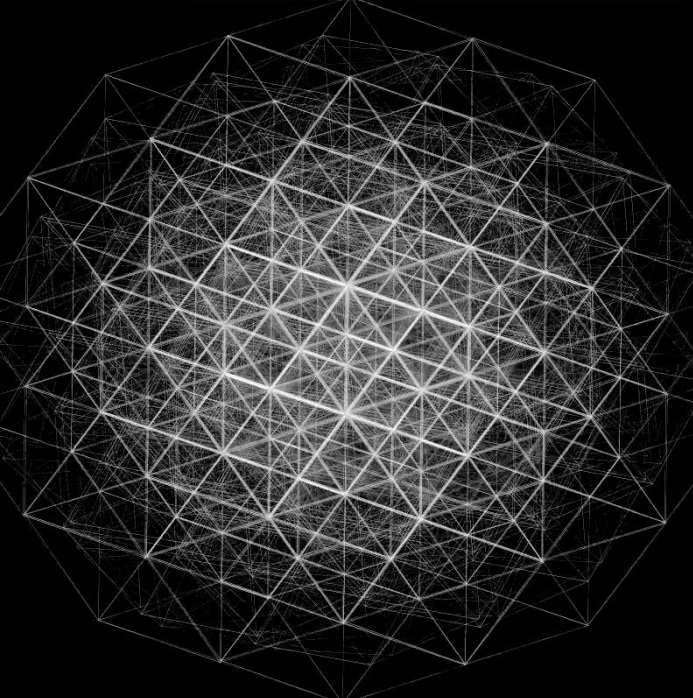 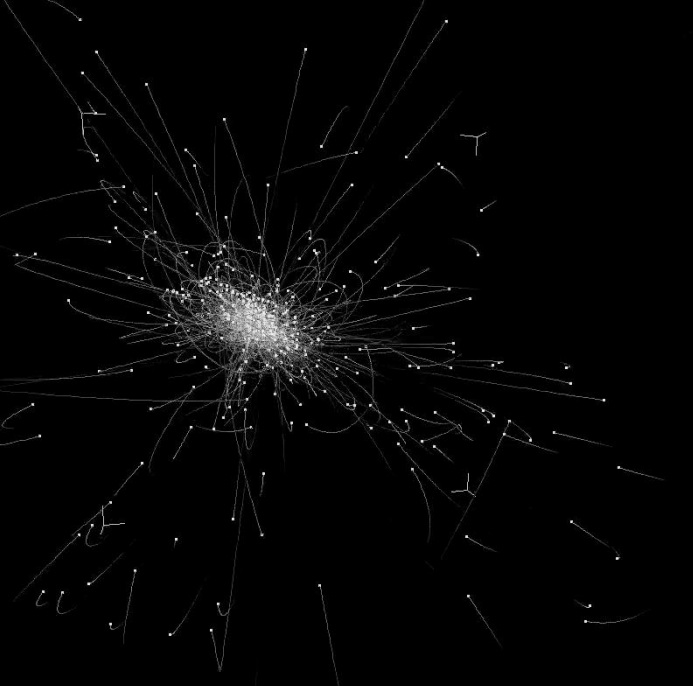 Quantum field theory in curved spacetimes.
Electron–positron annihilation occurs when an electron (e−) and a positron (e+, the electron's antiparticle) collide. The        result of the collision is the annihilation of the electron and positron, and the creation of gamma ray photons or, at higher    energies, other particles.

below: bubble chamber photograph (CERN): an electron and a positron (anti-electron) spiralling in opposite directions. 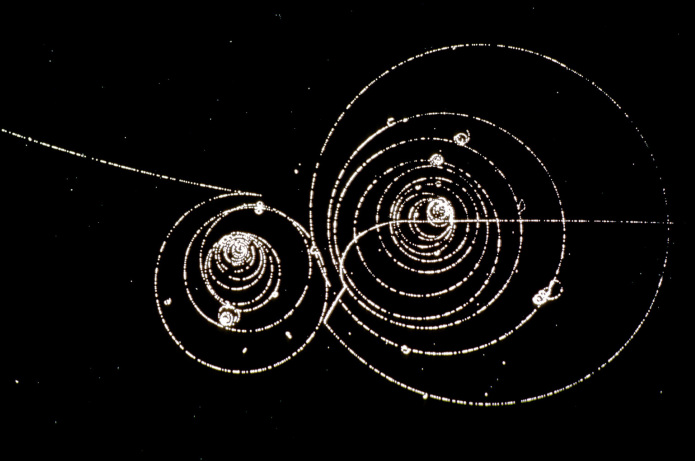