Some sonic communities grow even in isolation, in the lonely obsessive moments in the studio as time melts away. Deep inside the Detroit Underground nests a Berlin underground, chasing those resonant shared sounds. DU Berlin draws together some of that love felt through music in the German capital. It’s not the wild city of reunification or Berlin Calling or tourist-style movies or the easyJet set. This is the side of the city that endlessly romances machines for the sheer joy of it, as The Allegorist titles her track, “until dawn.” And with some big names and emerging, ranging from mainstays to veteran agitators, the Berlin DU crew have telegraphed each other through productions and mutual inspiration. The results vibrate and rumble with sympathetic frequencies, but never limited to grayscale or dithered palettes.


​Akkamiau - Voltage [ Witches Are Back ] 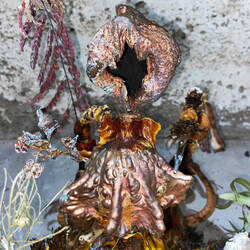 "The Ediacaran biota has particular significance for the history of life as it represents the earliest known assemblage of complex multicellular organisms, with “complex” here referring to organisms that host more than just a few different cell types. The Ediacaran world was a rather peaceful one, largely without conflict and predation. The soft-bodied organisms were a largely immobile form of marine life shaped like discs and tubes, fronds and quilted mattresses. The majority were extremely passive, remaining attached in one spot for their entire lives. Many fed by absorbing chemicals from the water through their outer membranes, rather than actively gathering nutrients. Paleontologists have coined the term "Garden of Ediacara" to convey the peace and tranquility that must have prevailed during this period. But there was a lot of churning going on beneath that apparently serene surface."

My previous compositions Interjections and Kummerang dived into the psychology of trauma and worked within the frame of Buddhist ethics and practice of inner ecology. Ediacaran EP continues this exploratory nurturing of one’s inner landscape, reaching for the holistic and sustainable philosophy of life. In the spring of 2020 covid quarantine ‘allowed’ me to spend all the days in the garden behind our house, where I could pay close attention to the awaking plants, bushes and trees, observe insects, many kinds of birds, mice, squirrels and other furry visitors of our garden and learn their times and habits.

Understanding their behavioral patterns made me adjust my own presence accordingly, in the least possible intervention with their way of existence. My goal was to reestablish a sustainable environment for them, in this small space in between the block of flats in the middle of Berlin. Inspiration for this EP
came from reading wonderful book Other Minds: The Octopus, the Sea, and the Deep Origins of Consciousness while sitting in the garden and listening to the improvisations I recorded with semi modular synthesizer Grandmother Moog, analog drum synthesizer Vermona DRM1 MkIII, workstation Korg Kronos and Korg Electribe S1. The peaceful time focused on happenings in this microcosmos in our backyard turned into a wish to revisit the seemingly peaceful world before the Cambrian explosion. ​ 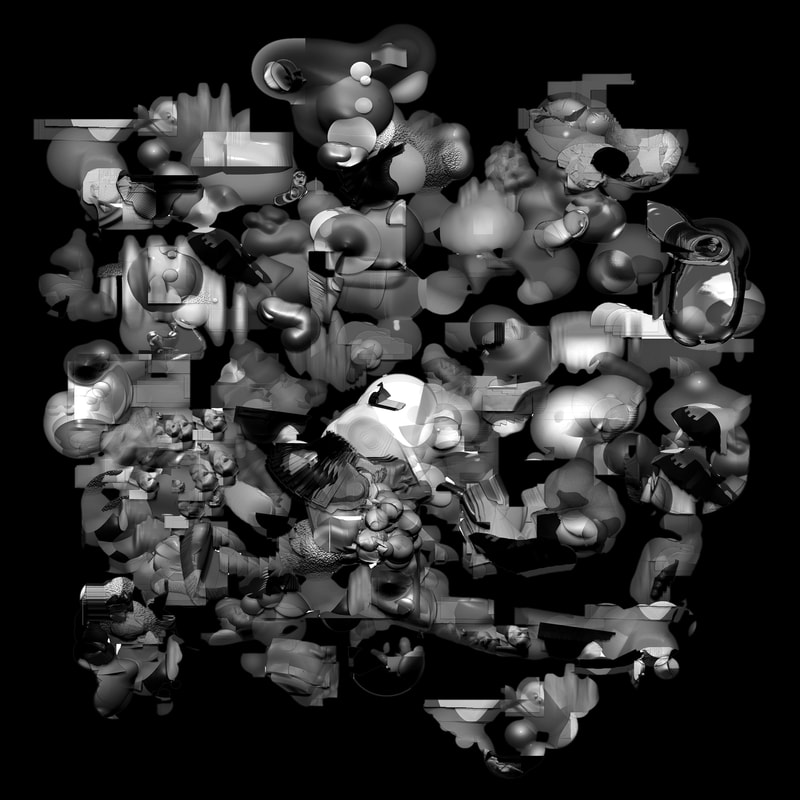 Composition was created for WAHLBÜRO XX TÉCHNE 6.0 and premiered at Interdisciplinary festival The Art of Reproduction held by IMA institute in St. Pölten, AU in April 2019. On December 11th, 2019 we present the adaptation of INTERJECTIONS into audiovisual movement performance / liminal act at the gallery Vierte Welt, Berlin.

Summary:
A quadraphonic sound composition presents a granulated message of vibrational mantras. The vocal parts of the composition originate from narrations of the women who made a choice at a certain point in their life and now they come forward and share their stories. In order to interpret subjective feelings through the music and sound, recorded interviews are granulated into soundbites, revealing and emphasizing the hidden message of emotionally loaded sentences. Speech is transformed into emphatic expression, and substitutes the role of the emotional and cognitive interjections in linguistics with the healing power of the sound. The final composition is devoted to representing the mystical law of simultaneity of cause and effect.

Detailed description of the composition concept:
This work is focused on human speech and the emotional charge of the spoken language. Conceptual Act Theory suggests that language plays a role in emotion because language supports the conceptual knowledge used to make meaning of sensations from the body and the world in a given context. The viewpoints I built on consider the language a basis for music and the music as the language of emotions. Human musical ability is proposed to play a key phylogenetic role in the evolution of language, and the similarity of hierarchical structure in music and language has led to considerable speculation about their shared mechanisms. In order to understand our own emotions hidden in our speech, I consider animals sounds as inspirational source in a search for the essence of human sound.

The music composition itself was built up on a concept of interviewing people on the topics of reproduction. Recordings of our talks were meditating over topics such as choice of giving birth, parenthood, family trauma, abortion, or transhumanism, and served as the source material for manipulating the speech into abstract sonic grains, by distilation of its emotional essence in the process called sound granulation. The long interviews on the emotionally loaded topics revealed personal opinions and relations to the issues. In series of improvisations I was granulating the parts of the speech, searching within grains for hidden meanings, as they were coming forward. This process created samples, later used in the final composition as vocals. The instrumental part is composed in a similar way, documenting the urge to create music as the soundtrack of the psychical state. Recorded improvisations on hardware synthesizers are the source material to form the timeline of the composition. I approach sound as therapeutical personal tool, which allows me to translate internal feelings into the abstract message, open to audience interpretation. I have few intentions within the structure of the composition, for example using low frequencies of the percussions in 4 channel set up to "lock" the body into the trance by repetitive and ritualistic drumming. Sounds in mids keep the narratives, highs will set the mind free to float over the transposed feelings. This take on dispersing inner stress and excessive emotions comes from personal experience as a dancer and also from the practice of various forms of exercises, such as taichi or tensegrity. It is known that dance and singing releases hormones which makes us feel good, and I also believe that evoking the traumatic experiences, by bringing them vividly into the center of our attention, while physically working on "vibrating" this energy into embodied harmonized state of being, actually dissolves old traumas. Inspired by the effects proven in buddhist chanting, I named this creations "vibrational mantras".

EP  "In this town you will live if you..."
bandcamp / akkamiau